”YOU SHOULDN’T GIVE UP ON THE FIRST NEGATIVE RESPONSE. COOPERATION WITH KEUKE WILL CONTINUE WITH ANOTHER PROJECT.”

Salo Racing Oy is the company of rally driver Juha Salo from Karkkila. Juha Salo has raced cars since 1994 and has claimed several Finnish Championships in his class.  The services provided by Salo Racing Oy are focused around motorsports, including sales of spare parts, driving training, experience services, repairs, and actual motorsports, i.e. rally, marketing and seeking partners.

“Last year we replaced our vehicles. It constituted a major acquisition, a large investment. A partner gave us the idea to apply for investment funding. A rally car is comparable to a digger. It is not a passenger car, but more akin to work machinery.”

“I inquired about the matter from the Town Manager who directed me toward Keuke. Keuke in turn handled the application process brilliantly and played a significant role throughout. First, we made a tentative, approximate application, based on which we submitted an actual investment application to the Centre for Economic Development, Transport and the Environment.

While we did not receive investment funding on this occasion, I am sure that the cooperation with Keuke will continue in the future.

Salo Racing was established in 1996, and for the last eight years it has employed Juha Salo full time.

“10 percent of our operation consists of rally driving and the rest includes everything else. It is our intention to expand our operation particularly with regard to the repair workshop. Of course, I hope that as the downturn begins to even out companies would be more willing to invest in entertaining their customers and personnel and provide them with experiences.”

“I am sure that we will continue to work with Keuke with future plans. Rally driving and motorsports will of course remain the main focus of our operation.”

“Keuke handled the investment application process competently with the Centre for Economic Development, Transport and the Environment. It also made the necessary initial approach that facilitated the preparation of the actual application."

”KEUKE PROVIDED EXCELLENT AND VERY PROFESSIONAL SERVICE. WE WERE MORE THAN HAPPY.”

“We have expanded both the paint and sandblasting shops, as well as the dispatch center. We have also invested in a new edging press. You could say that with the new robotic station and the other investments our company now reaches a whole new class of manufacturing volume.

All in all, the company's planned investments amount to 1.2 million euros, of which half a million euros is spent on the new robot welding station.

“The Centre for Economic Development, Transport and the Environment provided us business aid amounting to 20 percent of the total amount of the investment. That was fantastic, and a whole lot more than we had expected.”

We produce goods that are in demand on the market.

Since the company was established in 1984, the business idea of Hitsaus- ja Rakennustyö Aho Oy has been to provide sorely needed services by performing demanding work.

“We produce small batches consisting of a single or a few items, prototypes, and special components. This operations model keeps us afloat. When you start talking about series of thousands of items, pricing becomes very competitive. We do, of course, participate in that sector of the market as well.”

”KEUKE TOOK OUR CAUSE TO HEART. THEY HANDLED ALL FUNDING APPLICATION RELATED MATTERS COMPETENTLY AND QUICKLY.”

“The industrial sector is going through a major change. However, I think that you need courage and confidence to succeed in enterprise and business.”

“Our work situation is good, and we are feeling positive. We have now prepared for the future by investing in a portal-type vertical machining center. This provides another pillar for our business and also allows us to increase our customer base.”

Service that brings money to the village

K. Suilo took on the significant 300,000-euro investment project supported by specific business funding. The Centre for Economic Development, Transport and the Environment granted the company 20 percent of the amount for investment.

“The amount was so significant, that without the funding we would not have made the investment. I myself took the change, and I hope that other companies in Karkkila would also utilize this opportunity.”

“It is brilliant that such an organization exists. This is a good example of how investing in local companies can bring a great deal of benefit to the entire area. For example, our investment created another job and brought more money to the village.”

“As Karkkila is located in an area that is going through a structural change, companies are able to apply for specific aids. We were willing to make investments, so I contacted Keuke. They handled all of the applications related to the business funding, I only had to sign the documents.” 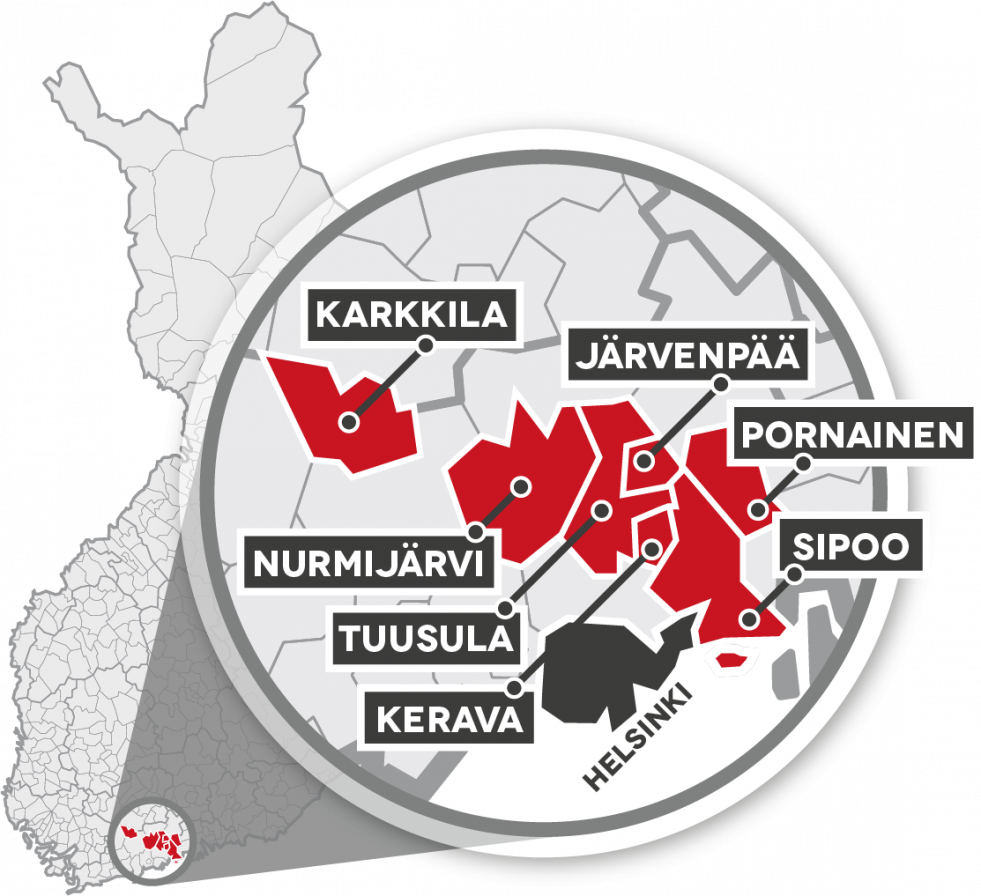